Diego Garcia: The Other Guantánamo 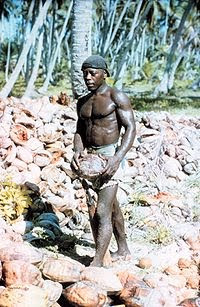 On the small, remote island of Diego Garcia, in the Indian Ocean halfway between Africa and Indonesia, the United States has one of the most secretive military bases in the world. From its position almost 10,000 miles closer to the Persian Gulf than the east coast of the United States, this huge U.S. air and naval base has been a major, if little known, launch pad for the wars in Iraq and Afghanistan. In the past year, the Bush administration has made improvements that point toward its use in a possible attack on Iran. The administration recently admitted what it had long denied and what journalists, human rights investigators, and others had long suspected: The island has also been part of the CIA's secret "rendition" program for captured terrorist suspects.

While few know about the base on Diego Garcia – it has long been off-limits to all non-military personnel – even fewer know how it came into being. To create the base, the United States, with the help of Great Britain, exiled all the indigenous people of Diego Garcia and the surrounding Chagos Archipelago. Between 1968 and 1973, U.S. and U.K. officials forcibly removed around 2,000 people, called Chagossians, 1,200 miles away to islands in the western Indian Ocean. Left on the docks of Mauritius and the Seychelles with no resettlement assistance, the Chagossians, whose ancestry in Chagos dated to the 18th century, have grown deeply impoverished in exile.

Diego Garcia has become another Guantánamo in more ways than one: The product of years of deception and lies, a far more secretive detention facility than the Cuban prison, the cause of immense suffering and pain for an entire people, Diego Garcia has become mark of shame for the United States that must be repaired.