The destruction of torture flight papers 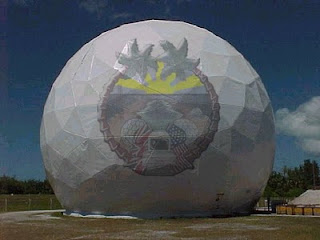 Ministers must explain why crucial documents relating to CIA "torture flights" that stopped on sovereign British territory were destroyed, a panel of MPs has said.

A damning appraisal by the influential foreign affairs select committee on Britain's role in the rendition of terror suspects and alleged complicity of torture condemns the government's lack of transparency on vital areas of concern.

In particular, the MPs, in a report released today, call for an explanation for the missing papers, which might explain the role of Diego Garcia, the British overseas territory, in the US's "extraordinary rendition" programme. The report says: "We recommend that the government discloses how, why and by whom the records relating to flights through Diego Garcia since the start of 2002 were destroyed."

Foreign secretary David Miliband admitted 18 months ago that two US planes refuelled on the Indian Ocean island. The committee now wants a detailed account of the record-keeping and disposal policy regarding flights through the territory and "elsewhere through UK airspace".

It also criticises the government's inability to offer assurances that ships anchored outside Diego Garcia's waters were not involved in the rendition programme. "The government must address the use of UK airspace for empty flights that may be part of a rendition circuit," says the report.

Amnesty International said the MPs' verdict underlined the need for a full, independent inquiry into the UK's involvement in "war on terror" and human rights abuses.

The committee also voiced disquiet over claims that British intelligence officers were complicit in the torture of detainees held overseas. According to documents revealed by the high court last month, an MI5 officer visited Morocco three times during the time British resident Binyam Mohamed claims he was secretly interrogated and tortured there.

Of concern to the foreign affairs committee were claims relating to the involvement of the British security services and the practices of Pakistan's ISI intelligence officers, who are known to routinely condone torture.

Details of the investigations the government has carried out into any of the claims should be made public, according to MPs. Mike Gapes, chairman of the committee, said it was time ministers also disclosed the guidance given at the time to intelligence officers interviewing suspects.

He said details of people captured by UK forces in Iraq and Afghanistan and placed in US custody should be divulged as part of a drive to improve transparency. The committee report notes: "We conclude that the potential treatment of detainees transferred by UK forces to the Afghan authorities gives cause for concern, given that there is credible evidence that torture and other abuses occur within the Afghani criminal justice system."