Chagos islanders must be allowed home 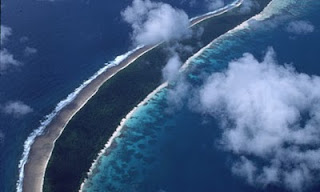 Sean Casey in The Guardian:

It was very crafty of David Miliband to instruct the commissioner of the British Indian Ocean Territory to declare a marine protected area in the Chagos archipelago on the afternoon of Maundy Thursday, 1 April. It wasn't quite a Jo Moore "it's now a very good day to get out anything we want to bury" moment, but it came fairly close.

It certainly wrong-footed a significant number of British MPs from all the major parties who had attended a debate on the Chagos islands in Westminster Hall on 10 March and were given the impression that the issue would be discussed in the Commons before any decision was made. The displeasure caused sparked emergency debates in both houses on 6 April, shortly before dissolution.

It is also revealing that the former foreign secretary's announcement was timed to catch out the authorities in Mauritius where, because the National Assembly had been dissolved in preparation for the general election on 5 May, there was no time for a parliamentary debate or statement.
Further reading.
Geplaatst door AdR op 06:12