Let the Chagossians return to their paradise islands

Whatever your appreciation of John Prescott, he is right on the case of Chagos these days:


Last year I wrote about one of the worst cases of forced ­repatriation in British history.

Two thousand people were scared into fleeing their island ­paradise after their dogs were rounded up and gassed to death.

The Chagos Islands were leased to the US for 50 years by the Harold Wilson government as part of a squalid deal on nuclear weapons. The islanders were made to flee because the US wanted to turn one of the islands, Diego Garcia, into an ­American ­military base.

Email ThisBlogThis!Share to TwitterShare to FacebookShare to Pinterest
Labels: Chagos, Right of return

Should the Chagos Islands be resettled?

Summary and conclusion of an academic paper.
In conclusion, after exploring on the different arguments for and against the resettlement of the Chagos islands, the author of this paper strongly believes that the Chagos islands should be resettled. Although the resettlement would be costly and would entail expensive underwriting by the British taxpayer for an open-ended period, in September 2010 the Conservative MEP, Charles Tannock, was told by the European Commissioner for development, that if the UK requested the Commission to explore options whether it would be willing to make a financial contribution towards the cost of resettlement under the Overseas Association 2001/822/EC, it would happily be willing in doing so
22
. One supports the arguments which have been put forward by David Snoxell, a former British High Commissioner to Mauritius 2000-2004 and Deputy Commissioner of BIOT 1995-1997, about the resettlement on the outer islands of the Chagos archipelago as well as an agreement on sovereignty of such islands. The British government is currently on a contract with the US with regards to Diego Garcia where the US military base is located, it would be highly preposterous to expect the US to abandon their base or to welcome resettlement there. As Snoxell argues that it is possible for the British government to restore the Chagossians right of return to the outer islands of the Chagos archipelago without prejudice to the security of the US military base
23
. Finally, the resettlement of the Chagos islands would be a great opportunity to right a great wrong as well as to wipe a national shame of the British government, the Chagossians should no longer be the victims of an injustice that deprived them of their birth right
Geplaatst door AdR op 09:55 No comments:

The forgotten people of Chagos

Diego Garcia, a British overseas territory leased as a military base to the US since 1966, may as well be on the moon for all it means to most Britons. But each month fresh evidence emerges of the key role the Indian Ocean atoll played in extraordinary rendition, the ghosting of terrorist suspects to CIA interrogation black sites around the world.

The toxic question for the government is to what extent it knew the practice was happening. The answer has ramifications not just for the UK's relationship with the US but also the future of its nuclear weapons programme.

For years Foreign Office ministers have stonewalled questions about Diego Garcia, in particular what records they have of flights in and out of the atoll. In 2008, Margaret Beckett, then foreign secretary, said that "the record-keeping was not all that marvellous, frankly. It was very difficult for the government to answer questions." 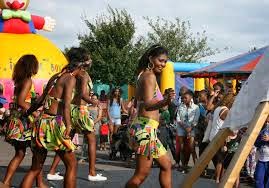