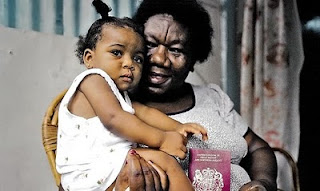 A supposedly independent study on the feasibility of letting the exiled Chagos islanders go back to their homes was manipulated to reflect the British Government’s opposition to their return, a Times investigation has revealed.

The 2002 feasibility study lies at the centre of the Government’s case to the European Court of Human Rights on the islanders’ right to return to the archipelago four decades after they were deported from Diego Garcia to make way for an American military base.

In its submission to the court the Government contended that the study, “which was prepared and adopted by all the independent experts involved, clearly indicated that resettlement is not feasible”. However, one of those independent experts, Stephen Akester, said his conclusions that the islands could be resettled were erased from the study amid political pressure.