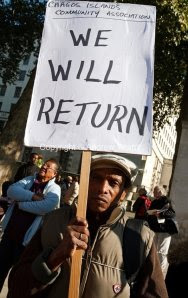 The manoeuvres by which the Chagossians were evicted from their islands in the Indian Ocean, the late 1960s and early 1970s, so to enable the US to operate an air base on Diego Garcia, do not show the UK Foreign Office in its best light. Indeed, after a severe rebuke from the courts in 2000, the FCO accepted that the original law underlying their departure was unlawful, and agreed to investigate their possible resettlement on some of their islands. The first of these new cases is an environmental information appeal concerning the next phase of the story – how the FCO decided that it was not feasible to resettle the islanders in 2002-2004. This decision was taken in the modern way – backed by a feasibility study prepared by consultants supporting the stance which the FCO ultimately were to take. And this case concerns the islanders’ attempts to get documents lying behind and around the taking of this decision. From the islanders’ point of view, this decision by the FCO was more of the same. Unfeasible and uneconomic resettlement suited the FCO nicely. Yes, we moved you unlawfully 30 years ago, but you have to stay where you are because we now say it is impractical to move you back. The FCO countered – it is unfeasible, the islands need significant investment in infrastructure and employment (which the Chagossians could not provide from their own resources), and our consultants who carried out the review agree with us.