Protecting what is not yours in the first place 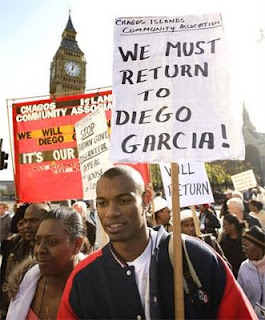 A major conservation row is developing over proposals for Britain to establish the biggest and most unspoiled marine nature reserve in the world. The issue of the Chagos Islands raises the increasingly difficult question of how to weigh up the protection of the best remaining parts of nature, in a rapidly degrading world, against the needs and rights of people.

The Hawks bill turtle is critically endangered. (ALAMY)
It concerns the Chagos Archipelago in the middle of the Indian Ocean, a group of isolated coral islands teeming with wildlife which is considered to be among the least polluted marine locations on Earth. Its seawater is the cleanest ever tested; its coral reefs are completely unspoiled; its whole ecosystem, with its countless seabirds, turtles, coconut-cracking crabs (the world's largest), dolphins, sharks and nearly 1,000 other species of fish, is pristine.

Officially British Indian Ocean Territory, the islands are the subject of an ambitious plan by conservationists - backed by the Foreign Secretary, David Miliband - to keep them the way they are, by creating a marine protected area, where fishing and all other exploitation would be banned, of 210,000 square miles - more than twice the land surface of Great Britain. In an age when the oceans and their biodiversity are being ever more despoiled, it would be a supreme example of marine conservation and one of the wildlife wonders of the world - in effect, Britain's Great Barrier Reef, or Britain's Galapagos.

The plan excites many wildlife enthusiasts and has the formal support of several of Britain's major conservation bodies, from the Royal Botanic Gardens of Kew and the Zoological Society of London to the Royal Society for the Protection of Birds. The backing of the Foreign Office and the Foreign Secretary is significant. A public consultation on the plan ends on Friday.

But there is a notable omission from the plan. It takes no account of the wishes of the original inhabitants, the Chagossians - the 1,500 people living on the islands who, between 1967 and 1973, were deported wholesale by Britain, so that the largest island, Diego Garcia, could be used by the US as an airbase for strategic nuclear bombers.